Last night I also watched another film directed by Charles Burnett: My Brother’s Wedding, 1983. I watched the director’s cut. It was included in the same scratched-up DVD set as Killer of Sheep, which I obtained from the Salt Lake County Library. I waxed slightly poetic describing the sounds of Killer of Sheep above, but I think I liked My Brother’s Wedding even more, although I admit that a lot of the acting here is just bad. I laughed at moments that I don’t think were intended as comical on account of the acting, but maybe that’s okay. Overall, I’m glad I watched both of them as a double-feature. 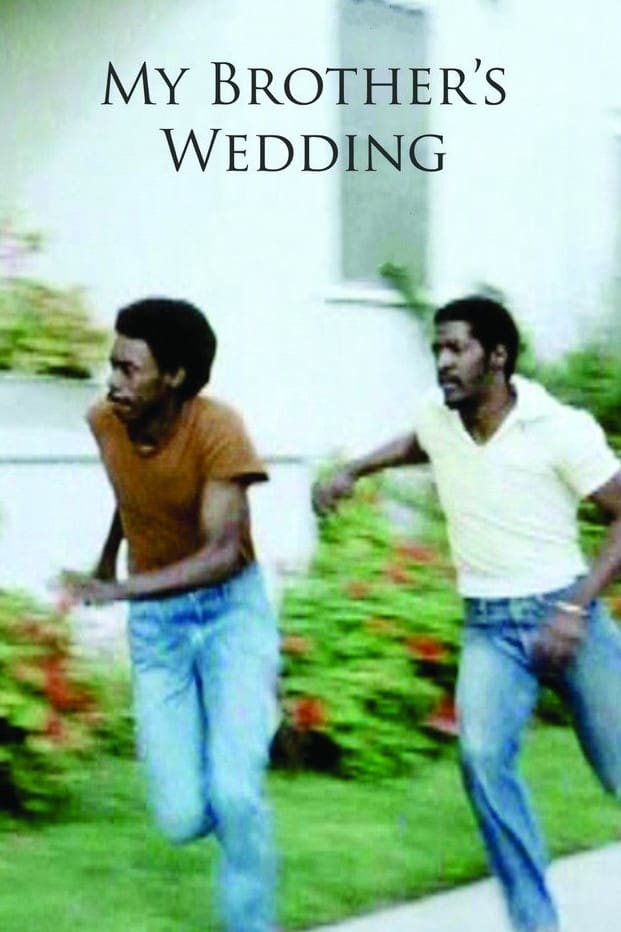 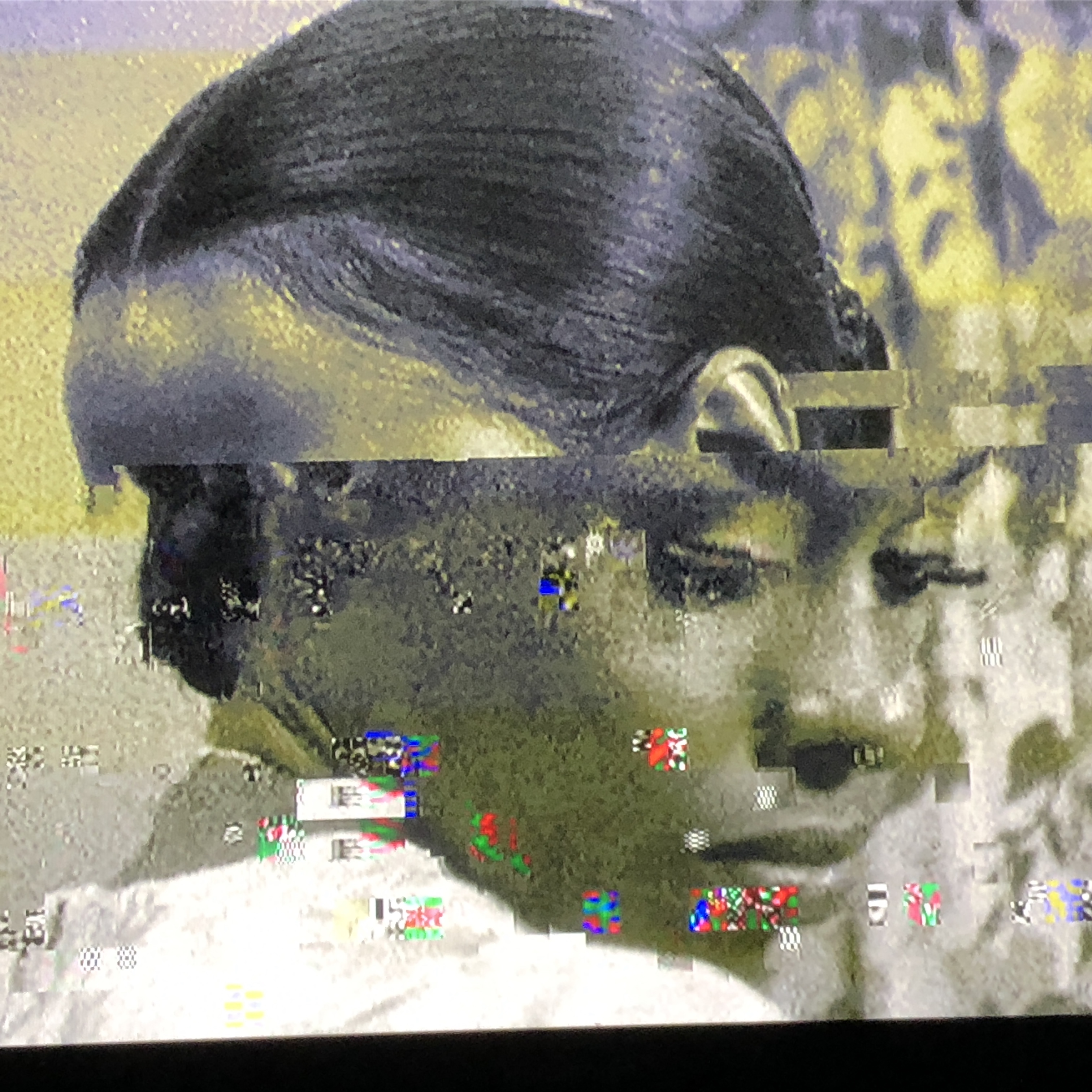 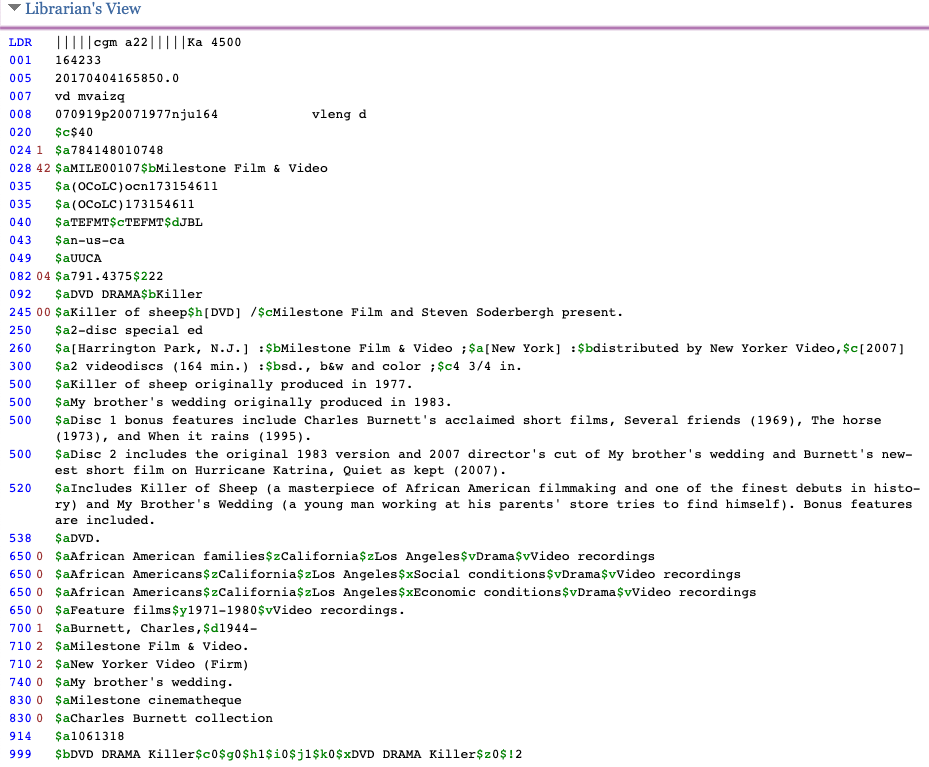 Screenshot of library’s MARC Record for Killer of Sheep, just because I’m a weird cataloging nerd and this is my site so I can. And also because I couldn’t get a direct hyperlink to their catalog record to work :(