I ended my cooking drought by making some potato-broccoli-cheese soup this afternoon, and now I’m ending my daily posting drought by sharing it here. 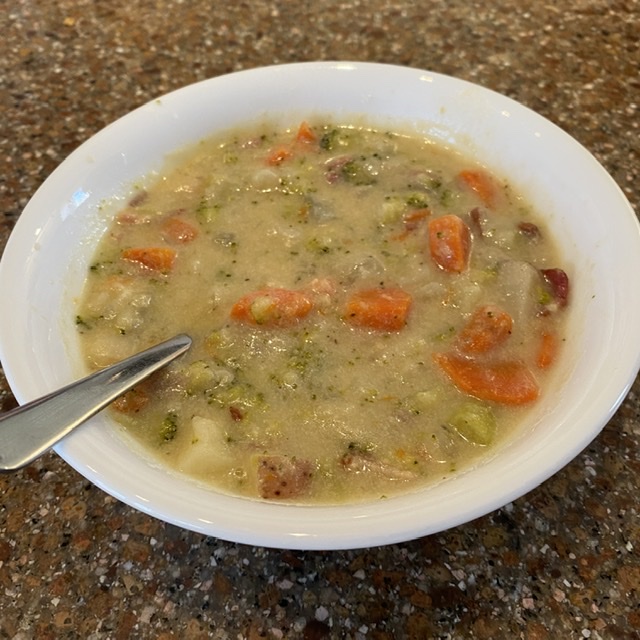 I’ve tried several different methods for this kind of soup and I finally have settled on this recipe as the best for what I want. I just add a bunch of broccoli and carrots to it, which is really the only change. And sometimes I mash one side of the pot with a potato masher. And I use more cheese than it says to. 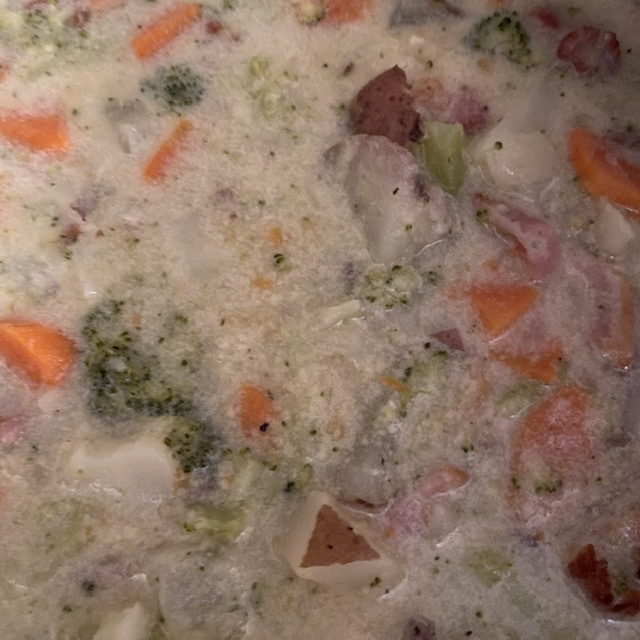 I guess actually if I was in the recipe blogging scene those additions would constitute enough variations to write it up here as my own recipe. With pictures like this, I’m leaning hard into this being an anti-recipe blog, though. You’ll just have to trust me that it tastes good; my wife and daughter can vouch for that, too. Not my son, though; he ate oatmeal for dinner instead.

Series + Sources: things I made Sounds and Images links Being A Parent

Next: Reading: All Boys Aren't Blue